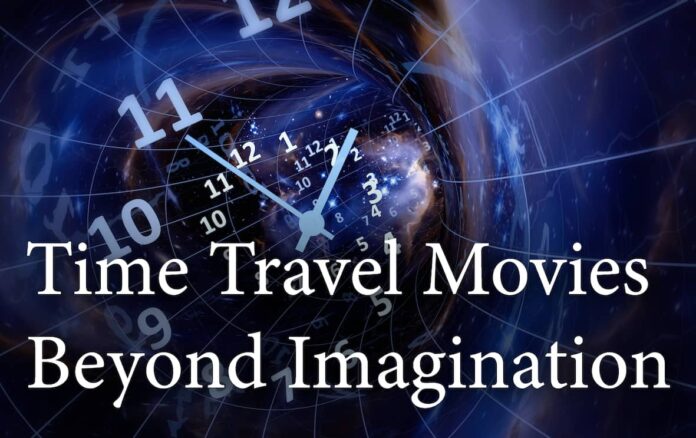 While watching a movie we all expect something different to experience, and an unexpected storyline. Time Traveling is still quite a strange thing for all of us. All we can do is just imagine it in our own way of thoughts. Many great Hollywood directors have also made some Hollywood movies that are beyond imagination in time traveling. If you like to experience these time travel movies, here is a list of the top best Hollywood movies based on time travel.

James Franco plays the role of Jake Epping, an ordinary high school teacher, who is presented with a chance to change history. When a longtime friend (Chris Cooper) shows Jake how to travel back in time, he tasks Jake with a mission he has been trying in vain to complete: stopping the assassination of John F. Kennedy on Nov. 22, 1963, and solving one of the biggest mysteries of the 20th century. Jake quickly learns that the past does not want to be changed and that his attempts to divert the course of history can quickly turn dangerous.

Evan Treborn (Ashton Kutcher with facial hair) wants to free himself from his disturbing childhood memories. As a kid, he often blacked out for long periods of time and tried to detail his life in a journal. As a young adult, he revisits the journal entries to figure out the truth about his troubled childhood friends Kayleigh (Amy Smart), Lenny (Elden Henson), and Tommy (William Lee Scott). When he discovers he can travel back in time in order to set things right, he tries to save his beloved friends. However, he finds out that relatively minor changes can make major problems for the future. The Butterfly Effect also stars Eric Stoltz, Ethan Suplee, and Melora Walters. The title was inspired by the story A Sound of Thunder by Ray Bradbury.

As his last assignment, a temporal agent is tasked to travel back in time and prevent a bomb attack in New York in 1975. The hunt, however, turns out to be beyond the bounds of possibility. For his final assignment, a top temporal agent must pursue the one criminal that has eluded him throughout time. The chase turns into a unique, surprising, and mind-bending exploration of love,
fate, identity, and time travel taboos.

Deja Vu unexpectedly guides ATF agent Doug Carlin through an investigation into a shattering crime. Called in to recover evidence after a bomb sets off a cataclysmic explosion on a New Orleans Ferry, Carlin is about to discover that what most people believe is only in their heads is actually something far more powerful. Doug joins hands with the FBI in order to investigate a ferry explosion. Using a technique that enables him to look into the past, he also tries his best to save a woman he knows.

In the futuristic action thriller Looper, time travel will be invented – but it will be illegal and only available on the black market. When the mob wants to get rid of someone, they will send their target 30 years into the past where a “looper” – a hired gun, like Joe (Joseph Gordon-Levitt) – is waiting to mop up. Joe is getting rich and life is good…until the day the mob decides to “close the loop,” sending back Joe’s future self (Bruce Willis) for assassination. The film is written and directed by Rian Johnson and also stars Emily Blunt, Paul Dano, and Jeff Daniels.

When decorated soldier Captain Colter Stevens (Jake Gyllenhaal) wakes up in the body of an unknown man, he discovers he’s part of a mission to find the bomber of a Chicago commuter train. In an assignment unlike any he’s ever known, he learns he’s part of a government experiment called the “Source Code,” a program that enables him to cross over into another man’s identity in the last 8 minutes of his life. With a second, much larger target threatening to kill millions in downtown Chicago, Colter re-lives the incident over and over again, gathering clues each time, until he can solve the mystery of who is behind the bombs and prevent the next attack.

Major William Cage (Cruise) is an officer who has never seen a day of combat when he is unceremoniously dropped into what amounts to a suicide mission. Killed within minutes, Cage now finds himself inexplicably thrown into a time loop—forcing him to live out the same brutal combat over and over, fighting and dying again…and again. But with each battle, Cage becomes able to engage the adversaries with increasing skill, alongside Special Forces warrior Rita Vrataski (Blunt). And, as Cage and Rita take the fight to the aliens, each repeated encounter gets them one step closer to defeating the enemy.

A teenager is accidentally sent 30 years into the past in a time-traveling DeLorean invented by his friend, Dr. Emmett Brown, and must make sure his high-school-age parents unite in order to save his own existence. Back to the Future is an American science fiction hollywood comedy franchise written by Robert Zemeckis and Bob Gale, directed by Zemeckis, and produced by Gale and Neil Canton for Steven Spielberg’s Amblin Entertainment, and distributed by Universal Pictures.

A computer hacker learns from mysterious rebels about the true nature of his reality and his role in the war against its controllers. The human city of Zion defends itself against the massive invasion of the machines as Neo fights to end the war at another front while also opposing the rogue Agent Smith. Neo and his allies race against time before the machines discover the city of Zion and destroy it. While seeking the truth about the Matrix, Neo must save Trinity from a dark fate within his dreams.

Regarding Centuries, Mankind has been grown and faced so many ups and downs. We know them as reading history or just as an image. There are so many things to learn and pursue in real life. Some of them are legends and some become our inspirations. Taking those inspiring stories some great directors have made some iconic Hollywood biopic movies for us. Watching biopics makes a person believe in his hard work, knowledge, patient, and God. Taking life’s logic and method can help you succeed in life. Here are some of the Best biopic movies listed which you must not miss watching.

Entrepreneurship is something a person chooses to be one. If you are an entrepreneur or a normal man with an interest, we can suggest to you some Hollywood movies that will teach you a lot. About the marketing skill, ideas to execute and to the right and strong decision at right time. 10 Best Movies Made for Entrepreneurs | Must Watch