Home Latest Star Wars: A Culture Beyond the Stars 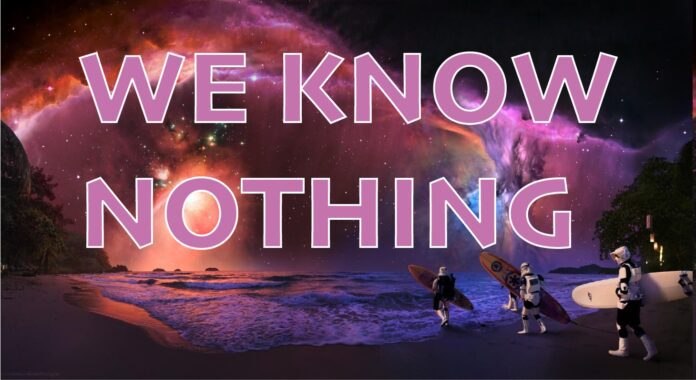 Someone who has been living in a hole even for a million years has too heard about the star wars. The epic battle between the Jedis and the sith, who can ever compare to this epicness. The fight between good and evil embarked their presence through the celluloid. Creator George Lucas’s science fiction epic space opera have deeply hit the cultural norms of the film and comic community. The characters and storytelling have grasped the minds and hearts of millions of fans and film fraternity across the world. Characters like Darth Vader has surpassed another villain that could be created in a century coming ahead. And characters like C-3PO, R2-D2, Princess Leia, Han Solo, Master Yoda, and Luke Skywalker are fee of those hundreds of characters that had their connection with the audience emotionally on various levels.

The audience shared a deeper embedded emotion of the characters too. Like when luke found out that he is the son of Darth Vader, the demonic sith lord. Which left luke and the audience devastated and shocked alike. Or when Anakin Skywalker joins the dark side.

As I and many others who loved and adored this sci-fi space opera believed this epic saga has unified generations. Also made the generations fall in love with it. Every generation that came close to this saga through films, comics or videogames, or any other means have also come across phrases like “MAY THE FORCE BE WITH YOU” and “I AM YOUR FATHER”.

HOW DID STAR WARS IMPACT CHANGED THE CULTURE

The star wars have changed greatly the way of film making. Writers were forced to create characters that could surpass or at least get close to the epicness of any Star Wars characters. Film making also started involving high-end technology for effects and VFX.

Music was a stark part of Star Wars. It took music to a newer level. The background score on Darth Vader’s entry still gives goosebumps to people. The production behind music became greater and greater with time and was taken seriously thinking it as a vibe of characters that spoke when the characters didn’t.

The politics were also kind of impacted by this saga. Some were in love with and some didn’t like it at all. It was a fight between good and evil. People with political ambitions have their own kind of Jedi and sith race in their minds. And few also got labeled to be sith on world television. The Russians were the ones, who were called “The Sith”. Damn, grown-ups behaving like kids.

Hard to believe but there is a religion that follows the Jedi orders. And they call it “The Jedism “. They worship “The Force” hard to believe but a petition in Turkey to build a Jedi temple got a lot of international media attention.

Basically, the star wars were a. Story about alien races, space ships, and weapons with unimaginable destructive strength. The ships like DEATH STARS can annihilate an entire planet. And MILLENNIUM FALCON can jump a million light-years away through a space wrap. And the most attractive and intriguing weapon that was a weapon of choice for most of the badass characters was a LIGHTSABER. Powered by a strange stone that can be built by only a true Jedi- master. These weapons and ships have embarked in grave bolds in the history of space techs and weapons technology and also flight techs.

Yet, Star Wars also has inspired the cosplay culture too many of the norm loving this epic saga done the costumes for various comic book conventions. This brought the norms a step closer to the lives of these epic characters.
Though just characters they have created emotion and intrigue among the audience. The love for this space opera keeps growing with every new era. As a die-hard lover of star-wars, the more we get or learn of this saga seems less to me and you alike. But let’s unveil the story and complete our journey with the force.

“MAY THE FORCE BE WITH YOU”