Home Latest TOP 10 PLACES TO VISIT IN ODISHA – THE HIDDEN TREASURE OF... 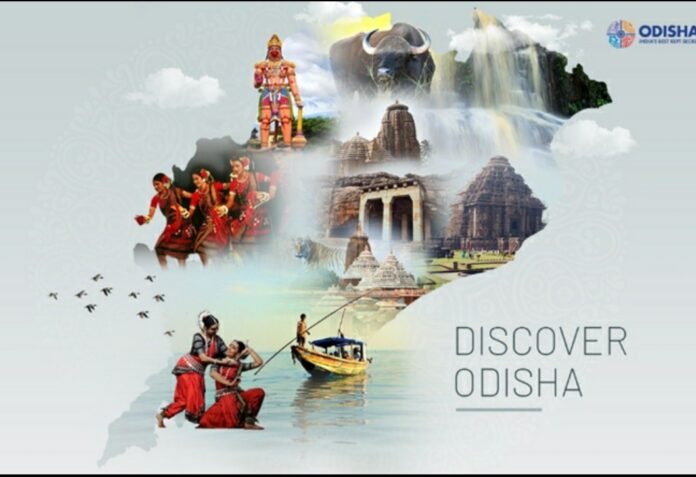 Some places are mentioned below:

Dotted with pine forests and waterfalls, the hill stations of Phulbani are popular holiday destinations of the state. Daringbadi Nature Camp & Belghar Nature Camp offer accommodation options for travelers coming to this part of Odisha. Surrounded by beautiful valleys & plateaus and dotted with coffee & pepper gardens the land of one of the most ancient tribes of India “Kutia Kondhas”, is a perfect gateway for people who are looking for some time off from the mundane city life.

This place is also famous because of the testing of missiles done here by DRDO.

This lake is the LARGEST INTERNAL SALT WATER LAKE OF ASIA. The pear-shaped lake is dotted with a few small islands and has fisheries and salt pans around its shore. It is also home to a large no. of ecosystem and all types of migratory birds.

Here you can also visit an island which also has a temple on it known as the Kali Temple.

A sheer treat to the eyes of worshiping devotees.  Maa Tarini Temple is raised in modern time, the crude form of deity justify its pristine origin.

A place filled with GHATS and MOUNTAINS and WATERFALLS which is treated to the eyes of the visitors. The Forest in which they are in is also great to discover.

The city has the following places to visit:

Konark is a place of the SUN TEMPLE and contains many historical attractions. It also has a beach known as PURI MARINE DRIVE near to it which consists of many water sports and an island where migratory birds also come.

Similipal RF is the biggest Reserve Forest block of India with an area of 2271.78 km². The forest is a potential habitat both for wild animals and plants with good population of tigers, leopards, elephants, chital, sambar and 304 species of birds. It is equally important for inhabitation of amphibians, aquatic animals and invertebrates considering the importance of its rich biodiversity the area is declared as a proposed wildlife sanctuary on 3rd December 1979 by Govt. of Orissa after settlement of all rights of the people of 61 villages it was finally declared as wildlife sanctuary vide notification no. 8F(WL) 2/2008 dtd. 23.4.08 by Govt. of Orissa in Forest and Environment Department.

Jagannath Puri or Purusottama Puri (approximately 1½ hours or 60 km from Bhubaneswar by bus (about ₹ 130), about 2 hours by train) is a pilgrimage town with the famous temple of Lord Jagannath (means Lord of the Universe) and is a major tourist destination with all its beautiful and pleasant sights. There are many hotels, most overseas tourists stay near to the beach. The Sun temple at Konark is also nearby. If you go to Puri by road from Bhubaneswar you will go past Pipli with its beautiful applique handicrafts, worth a look. The Puri sea beach is a major attraction with its fantastic sea face view and golden sand, the water is a bit rough (which is good if you like to surf)

THE BEST PLACES IN ODISHA WILL BE FOUND HERE.